Last week Fat-bike.com contacted me and asked if they could post my Fat bike fun video as their Fat Video Tuesday flick. I got to say that i am mighty proud. =) (click on the pic and go to fat-bike.com)

I know that i´ve been ranting about Fat-bike.com in the last posts. But they are really a source of inspiration. The fat bike scene is growing across the globe. It´s the big thing in the cycling world right now. All the big shows like euro bike and inter bike all the big brands showed fat bikes in their line up. Despite of that it seems that we wont see much of that over here… Example: One of the big three, Trek with their Farly only ships 40 bikes to Europe and seven(!?) of them goes to Sweden. I do understand that Europe and Scandinavia in particularly is a very small pice of the market. But if there were a place where i should try to see fat bikes it´s in Sweden. Stockholm is on the same latitude as Anchorage Alaska. I live 1000 km north of that! You can look at this from two sides. The cycling industry is run by a couple of big mainstream brands. The good thing is that they make great bikes that are available for every one. If they over heated the market that a few small brands like Salsa and Surly been leading and developing just would not feel fair. I personally prefer the small indie brands. However we would see a lot of more fat bike riders out there if they evaluated their market. Especially over here where you cant get Salsa and Surly or any of the other smaller brands in bike shops. Not everyone like to buy their bikes via the internet. But if it wasn’t for the internet i would not have a clue that fat bikes even existed. Perhaps i should open a bike shop? Of course you would buy a bike form this guy. 😉 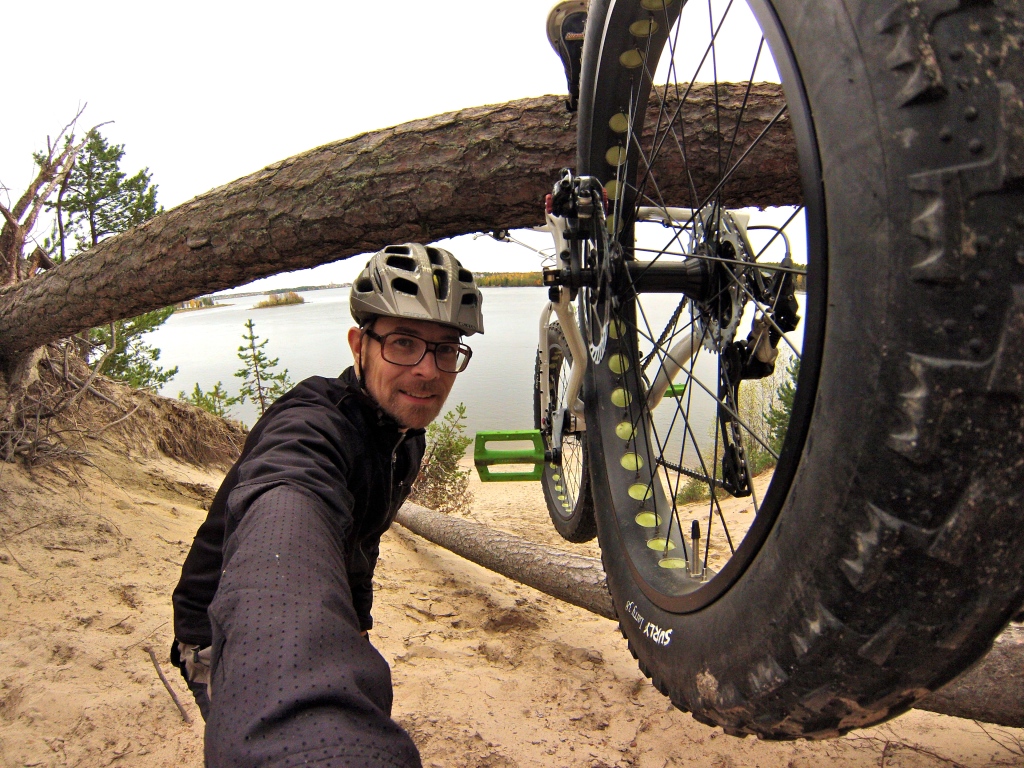 Throwback to this day 2016. Overnighter 30 km offshore in the archipelago. Link in profile for full story.