Winter 2015/16 was a good one. A few cold weeks made the ice build up properly and the archipelago was frozen far out to the outer islands. I have gotten further out this winter on the fat bike then the other years i´ve been riding.

I made the first ride across over the river on December 15. That was quite early but there were some footprints from someone who crossed so i gave it a shot. Turned out to be a great ice premiere.

December to January the days are short but the light is amazing. I got some great shots just going down on the ice during lunch hour. The south harbor is two minutes away form my shop. Like on the 21 of December, mid winter solstice. This day was just amazing. I went down to the harbor for half an hour and the light was stunning. This just a snap shot with my iphone.

And one month later, 23 of January. The sun is a bit higer and the light is returning. I finally got my custom Razor bars from Oddiy Cycles and the Mukluk is cranked up to level 11 on the awesome-meter.

In February the ice roads in the outer archipelago opened up. This is before all the snowmobile trails are ready. February 1 i went to check them out. 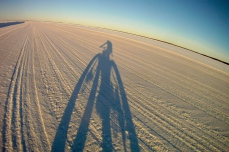 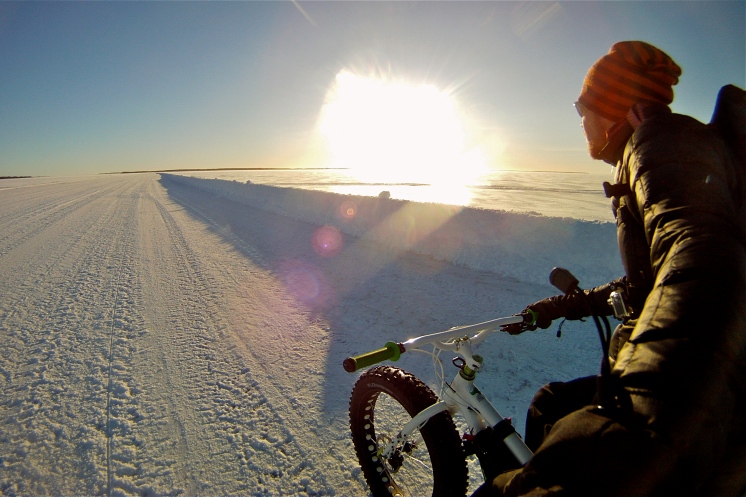 Two weeks later on the 16 of February, first ride on snowmobile trails to make a recon ride for coming bikepacking adventures with Kevin who came and visited me from the UK. Brought  the Gopro and shot a little shorty from the ride.

Since the last two winters has been quite crappy Kevin who´s been here for two years in a row decided to come a few weeks earlier than usual. 23-24 of February We had a great weekend bikepacking to Brändöskär. One of the more remote islands in our archipelago. Unfortunately the weather was against us and we ended up riding in fog and temperatures around -16 Celsius. But it was still quite a ride. We did not make it all the way to the pack ice due to no sight at all. 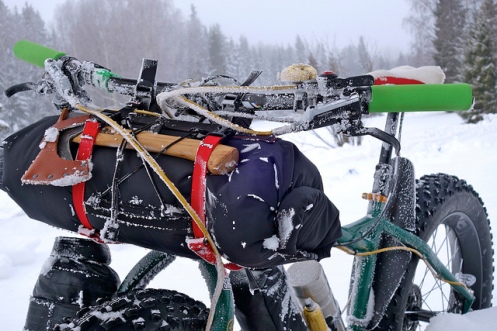 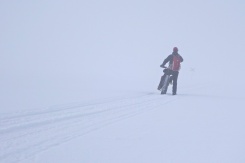 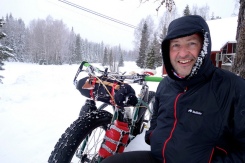 And then came March. This year simply amazing. This is when we get our fifth season, the “vårvinter”, spring winter. Long days with the sun starting to warm up. But still cold nights so snow and ice does not melt away. 24 of March I made the trip again to Brändöskär and this time i made it out on open sea. The world out there is just crazy. Might as well be at the North Pole. Once again i brought my Gopros. 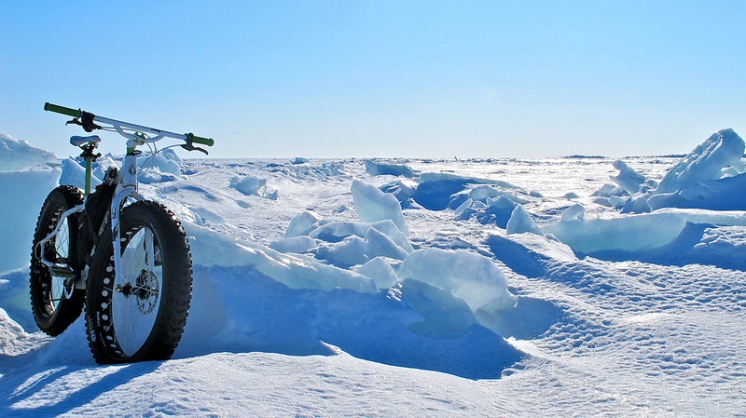 April came along and the sun made the snow and ice go away pretty fast. Not much riding besides some short rides along the local trails.

Here is an example on how fast we move from frozen sea to boat season. These two photos are from 21 of April and May 11. On the first one there are some ice fisher as small dots on the ice. Two weeks later not a sign of ice at all.

It has by far been the best winter since i started riding the ice on my fat bike. Now i´m looking forward for an epic summer. There will also be some changes with this site. And i´m stoked about the future for Bike Life in Swedish Lapland.